Improved - We've spent a lot of time improving the load performance of the chart which should now be faster than ever before!

Improved - Previously when rebooking an appointment you'd need to cancel the first appointment and then create a new appointment for the patient's recall to be updated correctly. Now it doesn't matter which order you do this.

Improved - Since users with permission level 2 can create estimates, we thought it would be a good idea if they could delete an estimate as well. So now they can.

Improved - The "Saved" notification was taking a little to long to hide so we've reduced the duration so that it no longer gets in the way of things.

Improved - The estimate template will now default to the one you last used.

Improved - We've added the appointment index to the chart so it's easier to see which is the first, second, third etc. appointment

Fixed - Long pauses when navigating between pages was good for giving you chance to reflect on life but after some reflecting ourselves we thought it would probably be better if we just loaded the page immediately instead.

Fixed - When clicking Save you may have seen an error even thought there was nothing wrong. Now, you should only get an error if something goes wrong. Much better!

Fixed - Sometimes the filters on the recall report would get out of sync. They no longer do that! 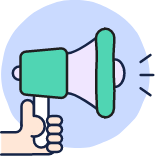 At Dentally we are passionate about patient management software.   Our team of developers work hard...

We had a busy start to 2019 and our team of developers have not only been engineering exciting new...

Save time with automated recalls

At Dentally, we know that running a dental practice comes with lots of responsibility and pressure....