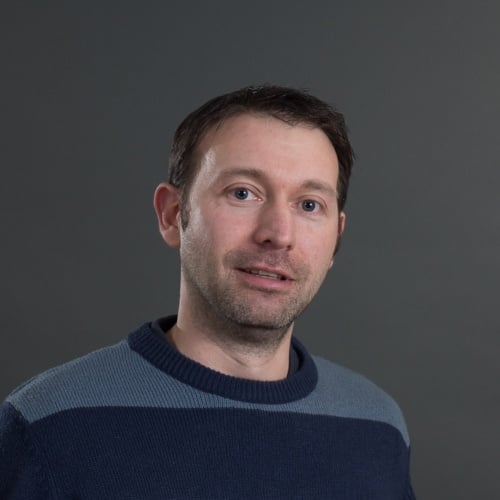 This post is part of our Friday Feeling series. A different take on life from someone at Dentally each week-ish (we're not all about Dental Software!). This week Adam tells us why he like raising money for charity

In October 2014 I lost my dad very suddenly to cancer. It hit me pretty hard. I know it’s a cliche but he really was one of my best friends.

From his diagnosis until his passing we went to various experts and most of them treated him as he if he was just another patient, not really listening to what he was telling them in regards to the pain he was in. All apart from one.

His palliative nurse mentioned about a local hospice, St Luke’s. My Dad went for a visit and loved it. They could not do more for him. He had his own room, doctors were always available, we could come and go when we wanted but more importantly they listened to what he told them.

My Dad was there for the last 3 weeks of his life. We got to know the staff really well, including the chaplain who helped us so much in speaking to my young children on what was happening to their grandad.

The whole experience at St Luke’s was a very surreal one. Someone passed away at least once a night. It was full of people who knew they didn’t have long left yet they had smiles on their faces. You could talk to any patient and or staff member and have a really good time with them. The staff treated everyone with the utmost respect and for my dad let pass with dignity.

In short they make one of the most difficult periods in people's lives bearable.

The place got under my skin. When it comes to charity drives I have thrown money in various buckets and texted the odd number but nothing significant but from chatting to the staff I found out that it costs around £5 million a year to keep St Luke’s going and only a third of this is government funded.

I thought it was time for me to give something back.

Anyone who knows me will tell you that if I can get out of exercise I will. I always get a buggy when trying to play golf. I even complain when I have to walk to my car.

But here I decided to do the Sheffield half marathon which for me seemed impossible. Sheffield is built on 6 hills and the marathon went over 2 of them. This wasn’t going to be easy.

So I got a treadmill, roped 4 of my friends in to do it with me and got stuck in to training. We always knew we would do this in fancy dress so we decided to do it in Hawaiian costumes.

I found training quite therapeutic. There were good days and bad days just like anything else.3 weeks before the race I was running around the Sheffield canal and my knee popped and I started limping. For the rest of the 3 weeks running up to the marathon I couldn’t walk very well, never mind run.

On the day of the marathon I had not ran for 3 weeks up to it and I probably didn’t sleep much of that period either.

The race itself was amazing, so many people out in the streets encouraging you to carry one. I'll never forget coming around the last corner barely walking basically being dragged to the finish line by my friends and as I reached it I could see my wife and kids screaming at me, I then looked and saw my mum. On other side there were 20 of my mates all at finish line to cheer me on. It was something I will never forget.

So we all crossed the line together in 2 hours and 24 minutes and 15 seconds. Well, my friend Phil is a competitive runner so he dipped his head so his official time was 1 second quicker than the rest of us.
As a group we also managed to raise just short of £4000 which is an incredible amount of money.

So the highs were doing this with my mates and the support I received from everyone. The lows were being overtaken by Harry Gration who is a 65 year old local news reader.

1 year on, I am not able to run anymore so decided to walk. In May 2016, fifteen of us (including Sam Clarke) are going to attempt to the do the national 3 peaks challenge in 3 days. We are hoping to raise £5000 for 4 very worthy charities.